What tools and data could help school leaders improve their students’ learning gains? What tools could help early childhood education leaders improve their programs and their students’ development? Since 1991, Consortium researchers have explored these questions, and many more. Here are the surveys we’ve developed for school improvement, and what we’ve learned about how school leaders can use them strategically: 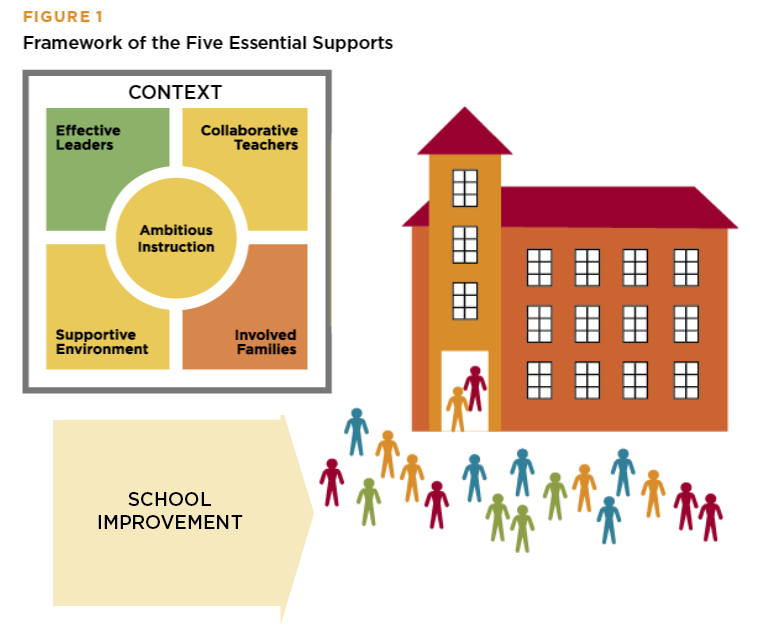 School leaders can use the 5Essentials surveys, developed by Consortium researchers, to identify key areas for school improvement.

Schools Strong in 3 of 5Essentials 10x More Likely To Improve 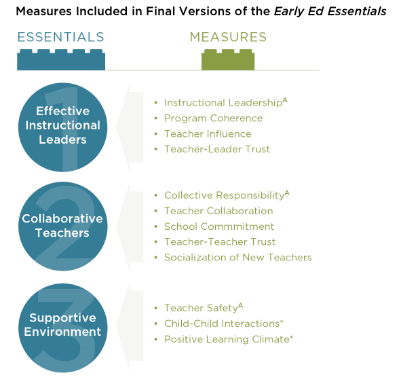 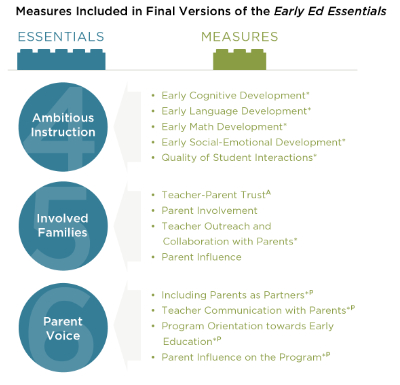 With funding from the Gates Foundation we are currently working on validating the 5Essentials survey measures using longitudinal data from the Chicago Public Schools from 2011-19. The validation work will focus on both elementary and high schools, with student outcomes that include not only test scores, but attendance, grades, Freshman OnTrack status, graduation rates, and college enrollment for high schools as well.

In 2022–23, Consortium researchers are leading quantitative and qualitative research projects to continue improving and monitoring survey quality, building out the toolkit available to make survey data actionable, and codify professional learning to support Cultivate in schools.