1. What is the current state of the educational attainment of Chicago Public Schools (CPS) students?

2. How have CPS students performed on key attainment milestones over time?

3. How does educational attainment differ by gender and race/ethnicity?

This snapshot provides 2018 data on CPS students' educational attainment, noting how it has changed over time and where it has been uneven.  In particular, critical gaps in attainment remain between young men and young women in CPS, as well as among students of different race/ethnicity.

The UChicago Consortium and the To&Through Project's annual analysis of CPS students' progress on key attainment milestones gives Chicago's education stakeholders a high-level view of how the district performed on these milestones in 2018, compared to rates from the past decade.

Central to this analysis is the Bachelor's Degree Attainment Index (DAI), which estimates how likely current CPS ninth-graders are to obtain a college degree within 10 years of beginning high school.  The current analysis finds that the percent of CPS ninth-graders projected to earn a bachelor's degree within six years of high school graduation has nearly doubled since the 2006 rate of 11 percent to 20 percent in 2018.

The snapshot also provides updated numbers on the milestones that matter for high school completion and college degree attainment:

These findings reflect long-term, upwards trends in high school graduation, college enrollment, and college graduation. The district's improvements point to the significance of small year-to-year increases in key milestones. Although this slow-but-steady growth may not appear transformational in any given year, these small improvements have yielded significantly more CPS students reaching critical milestones over the past 12 years. In particular, increases in both the high school graduation rate and the college enrollment rate mean that approximately 6,400 more students are enrolling directly in college today than did 12 years ago. 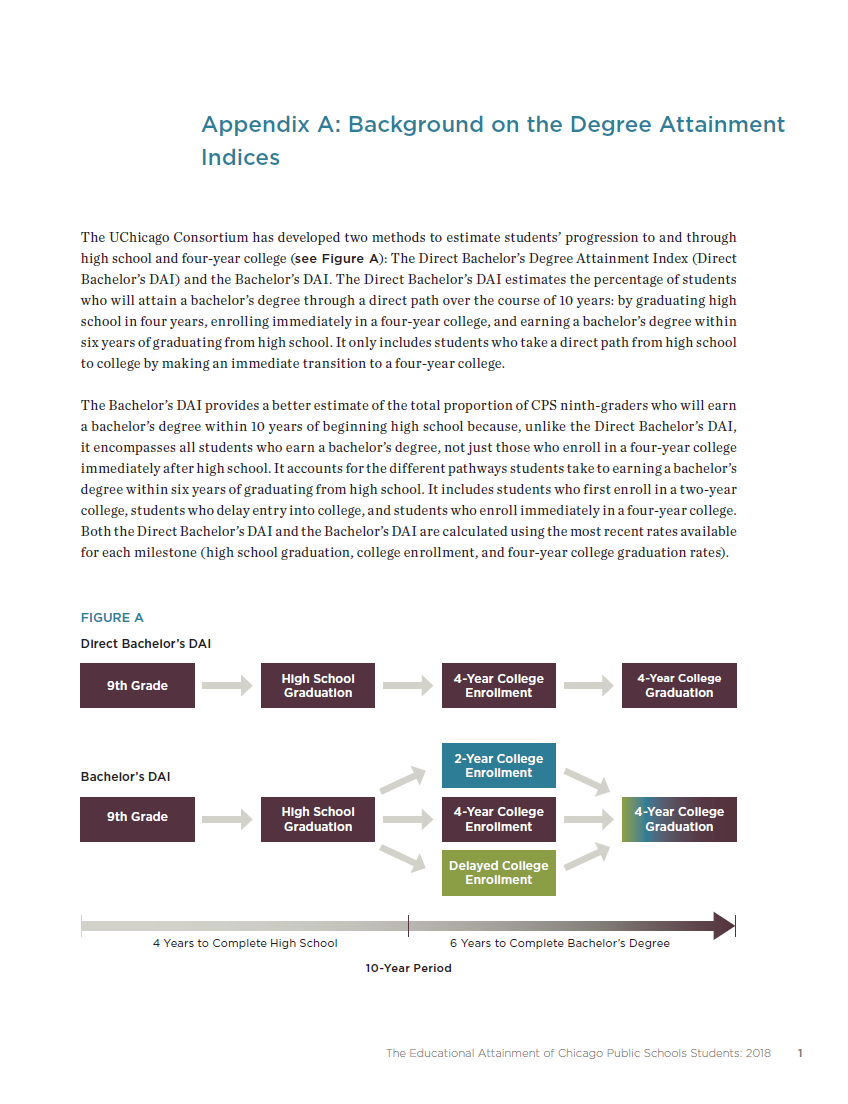 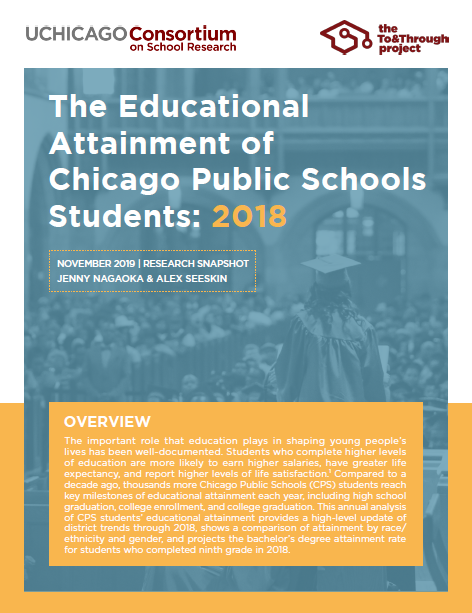 View "The Second Window: How a Focus on Freshmen Transformed a System"