1. What is the current state of the educational attainment of Chicago Public School (CPS) students?

In 2006, the UChicago Consortium estimated that just 8 percent of CPS freshmen would graduate high school, immediately enroll in a four-year college, and go on to earn a bachelor’s degree by their mid-20s. By 2014, that number had risen to 14 percent. This brief updates that number using 2015 data, and finds an estimated 16 percent of ninth-graders in CPS will take this direct route to earn a four-year college degree within 10 years of starting high school.

Answers to frequently asked questions about these rates and other, similar rates are available here. 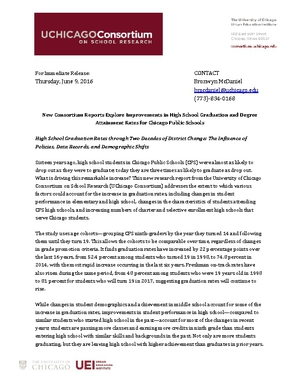 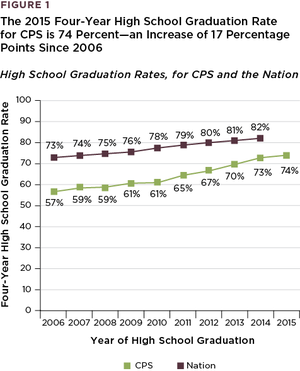 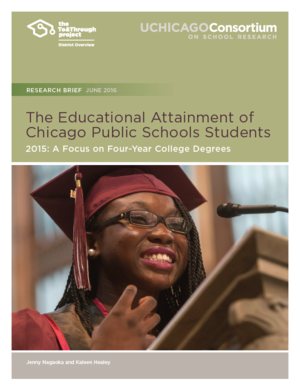 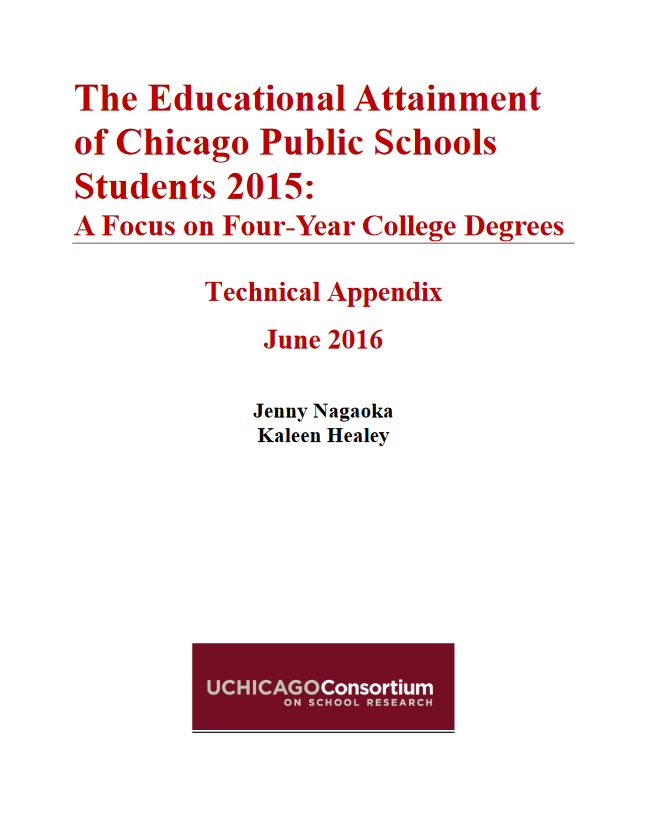