The report notes where the progress in educational attainment has been uneven, with many Chicago Public Schools (CPS) graduates still struggling to meet their aspirations and complete a post-secondary degree or certificate. In particular, critical gaps in attainment remain between young men and young women in CPS; among students with different race/ethnicity; and among students with disabilities.

The UChicago Consortium and the To&Through Project's annual look at CPS students' likelihood of obtaining a college degree within 10 years of beginning high school finds that 18 percent of 2016 ninth-graders are projected to earn a bachelor's degree within six years of high school graduation, a number that has held steady since 2015.

Across race and gender, CPS students have had increases on important educational milestones, however, progress has been uneven. The gaps in CPS high school graduation rates by gender and race/ethnicity have narrowed since 2006, but remain large. Male and female graduates of all races/ethnicities enroll in two-year colleges at comparable rates, but the race/ethnicity and gender gap in four-year college enrollment has increased. Finally, for those students who enroll in a four-year college, Black and Latino students obtain bachelor's degrees at lower rates than White and Asian students. Eight percent of Black young men who were first-time freshmen in 2016 are projected to obtain a bachelor's degree, compared to 16 percent of Black young women. 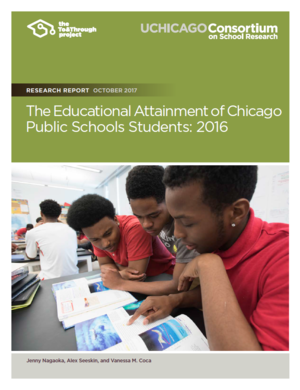 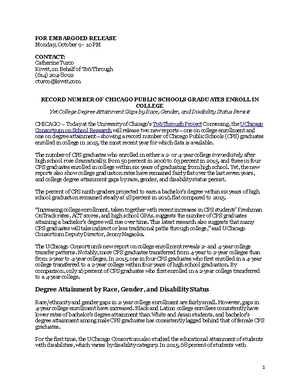 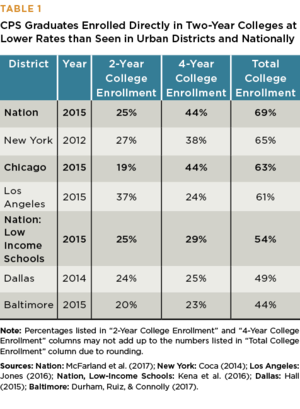