GoCPS: A First Look at Applications and Offers

1. Did the GoCPS process work as intended?

2. What programs were in high demand? Which had few applications?

Some coverage has used the lack of applications at particular schools to make inferences about students' interest in those schools. As we note in the paper, students do not need to apply to attend their neighborhood school, so application data cannot be used to ascertain student preferences for their own neighborhood school.

This paper presents information about the first year of implementation of GoCPS for students planning to enroll in ninth grade in the fall of 2018. It describes high school programs, student applications, implementation of the selection process, and student offers and acceptances. This is a first look at findings from an ongoing study.

The GoCPS applicants included in this first look at GoCPS study have yet to enroll in high school. During the 2018-19 school year, we will study patterns in enrollment, including whether students enroll in the program where they accepted an offer, how many students enroll in programs at their neighborhood high schools, how many programs have enrollments at, above, or below capacity, and how those enrollments compare to projections based on accepted offers. Those findings will be released in a subsequent report. 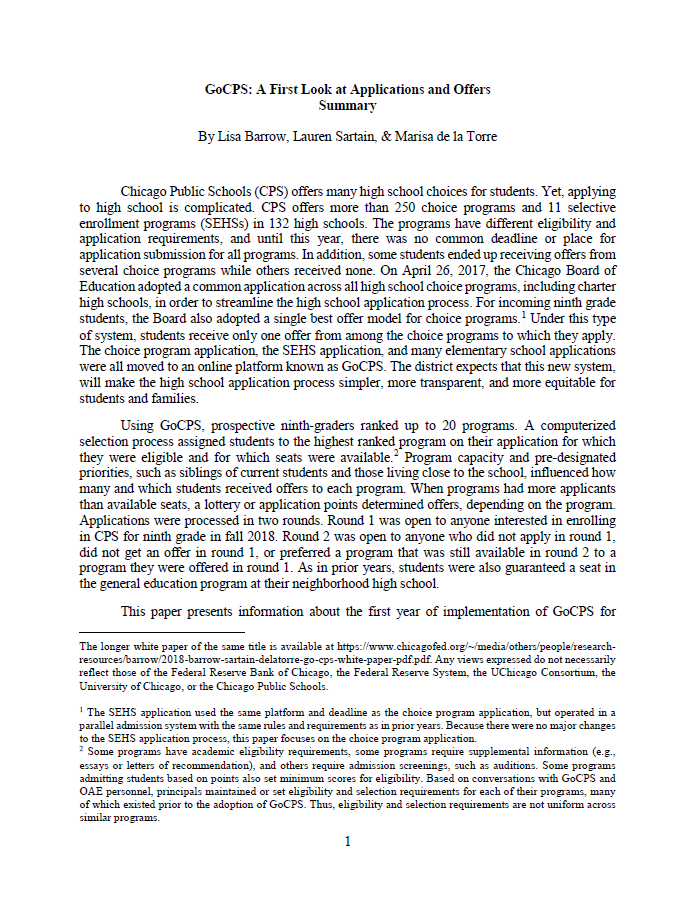 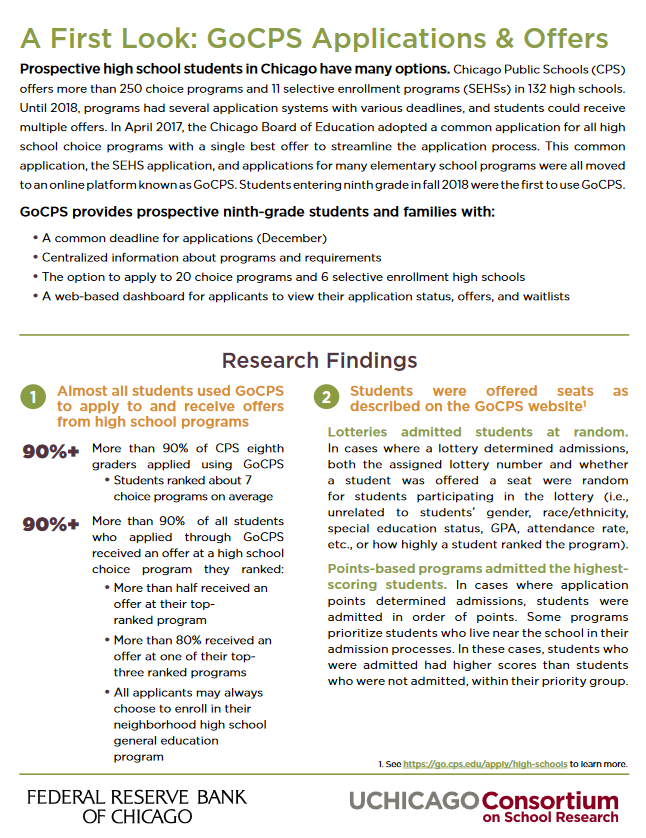 GoCPS One-Pager for Families and Counselors