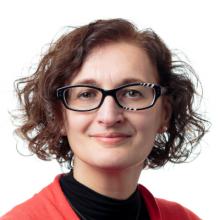 Marisa de la Torre is a Managing Director and Senior Research Associate at the UChicago Consortium. She is an economist with extensive econometric expertise focused on causal inference using quasi-experimental designs. Her research interests include urban school reform, school choice, and early indicators of school success. de la Torre has examined the impact of school closings in Chicago, the effect of policies aimed to turnaround low-performing schools, the impact of selective enrollment high schools, long-run trends of school indicators in Chicago, and what middle grade indicators matter to be successful in high school and eventually in college. Her work on the impact of school closings prompted Chicago Public Schools to create a Student Bill of Rights for students affected by school closures. She has co-authored numerous journal articles and reports and her work has also appeared in book chapters. Her research is frequently covered in the local and national media, including the New York Times, Ed Week, Chicago Sun-Times, Chicago Tonight, and local public radio.

Before joining the UChicago Consortium, she worked for the Chicago Public Schools in the Office of Research, Evaluation, and Accountability.